My Thoughts on PSVR 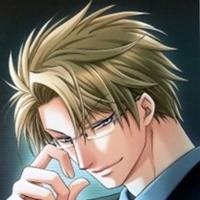 PlayStation VR (PSVR) is finally here, and with it, now PS4 owners are being welcomed into the world of virtual reality. As a VR-obsessed individual, I had to pick up the headset for myself. Many have espoused the incredible experiences they're having with PSVR while others find the headset leaves much to be desired. As someone who has played games with all of the "big three" headsets (PSVR, Rift, Vive), I'm of mixed opinions on PSVR.

This is by far the most comfortable headset of the bunch. Yes, it looks like an alien helmet, but this thing feels great. That's about where my praise ends. At least as far as my setup is concerned, there are a lot of issues. Certain games have an issue that causes the "center" of the screen to slowly drift to the right or left. Some of these same titles also offer no means to correct/recenter the screen. Bigger issues include the unfortunate resolution being piped into the headset. It's just really blurry at times, and features a heavy amount of aliasing the rest of the time.

WITH THAT SAID, the headset is actually not that far behind when compared to Rift and Vive. None of the headsets can offer truly smooth HD graphics at this point (maybe the second iterations will be better). Still, between the three, only PSVR has given me these weird drifting or shaking screen issues.

When working as intended, PSVR is totally fine. So how about the games? After all, without a good lineup there's no reason to get this expensive toy. I've been fortunate enough to review a large portion of the PSVR game lineup so far. Below are brief thoughts on each game (ranked from must have to must avoid), as well as a link to my full review. Overall, unless you're a Rez diehard, none of the games are compelling enough to warrant a PSVR purchase right now.

Okay, so I already loved Rez... but Rez Infinite feels like the perfect version of this classic game. The gameplay meshes perfectly with VR. In the end, this over 10 year old title is the must have of PSVR's launch lineup.

SUPERHYPERCUBE takes the concept of "Hole in the Wall" and makes it an addictive puzzler. Basically, you need to fit your shape into cutouts in walls. The thing is, each successful attempt adds more blocks to your shape, increasing its complexity.

Until Dawn: Rush of Blood

If you loved Until Dawn... well you may or may not love Until Dawn: Rush of Blood. This semi-related spin off is basically an arcade shooter with a few creepy levels to blast enemies throughout. Fun, but not something to replay.

I hate to be "that guy," but Job Simulator is much better on Vive. It requires precise, fast control and you can't get nearly the same fidelity with PS Move wands. Still, it's a pretty fun approximation of the PC version and worth a look if you have no other way to play it.

Bound is one of those games which has been kicking around on PC for a bit. It looks darn gorgeous, but that's really all there is to it. I'd much rather play the game without VR (which is an option).

Tumble actually first launched as a PS Move game years ago. Tumble VR takes the established formula of building with blocks and adds a lot more puzzle modes. Unfortunately, my controller would often jitter unexpectedly - leading to a lot of challenge with building precise towers.

Strategy
Link to be added

Tethered is a simple, but enjoyable strategy game where players assume the role of a "god." You must keep your crew of Peeps collecting resources and ready to fight monsters that come out at night. The biggest issue is that the headset-based play gets strenuous after a while.

Wayward Sky is like a point and click adventure played from above. The puzzles are simple, the graphics are adorable, and it's also quite short. That's probably for the best given that the puzzles grow tiring in their similarities after a while.

This modern iteration of Battlezone looks super cool. It also controls pretty well and manages to keep folks from getting motion sick within their tanks. With that said, the most fun is had in multiplayer - and that audience is already drying up.

The Assembly seems like yet another indie adventure title. There's nothing wrong with that in and of itself. Trying to turn that click-based gameplay into a VR experience, though, was definitely a bad idea.

Here's another adventure game on PSVR. Again, the concept is just fine. The reality of using your wobbly PS Move "hands" to do anything, however, is a huge impediment. I'm also frightened we'll never see a Chapter 2 of Loading Human.

Those who ordered the launch bundle of PSVR have this game included. Everyone else can expect to pay full price for what amounts to five demos - two of which aren't even really "games." It hardly shows what VR is capable of.

Ace Banana is most like the shovelware that appeared for Wii. It's a very simple archery title which works best with PS Move controllers. There's little reason to check this one out.

Adventure/Horror
Link to be added

Okay, I know horror is subjective and everything, but Weeping Doll is not scary in the least. It's also just not fun, with droll puzzles and a spontaneous ending about an hour in.

This article doesn't have any comments yet, you should add one :)